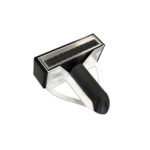 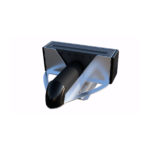 The Sonic 2024 is the world’s first proven wideband high resolution shallow water multibeam echosounder. With proven results and unmatched performance, the Sonic 2024 produces reliable and remarkably clean data with maximum user flexibility through all range settings to 500m. The unprecedented 60 kHz signal bandwidth offers twice the resolution of any other commercial sonar in both data accuracy and image. With over 20 selectable operating frequencies to chose from 200 to 400 kHz, the user has unparalleled flexibility in trading off resolution and range and controlling interference from other active acoustic systems.

In addition to selectable operating frequencies, the Sonic 2024 provides variable swath coverage selections from 10° to 160° as well as ability to rotate the swath sector. Both the frequency and swath coverage may be selected ‘on-the-fly’, in real-time during survey operations. Spec Sheet version 3.2 February 2010. Subject to change without notice The Sonar consists of the three major components: a compact and lightweight projector, a receiver and a small dry-side Sonar Interface Module (SIM). Third party auxiliary sensors are connected to the SIM. Sonar data is tagged with GPS time.

The sonar operation is controlled from a graphical user interface on a PC or laptop which is typically equipped with navigation, data collection and storage applications software.